When life gives you lemons, make sure they’re Sicilian - Macphie 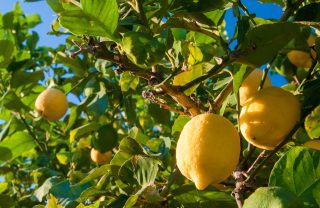 Lemon has been an important ingredient in Italian cooking for thousands of years.

It brings a tangy flavour and tart fragrance to Italian cuisine, acting as a catalyst for other ingredients.

Its refreshing presence dresses leafy salads and serves as a light marinade to spring and summer pasta dishes.

We are not just talking about any lemons though.

The popular yellow fruit has been grown in Sicily for 3,000 years and there is a saying in the region that lemons are not real lemons unless they are Sicilian.

The warm Mediterranean days, coupled with the cooler nights, produce lemons which are prized for their fragrant perfume and sharp citrus flavour.

Sicilian lemons are much sought after for their quality and unique taste and with nine out of 10 lemons produced in Italy grown in the region.

Macphie has been looking for a new product for its O.T.T dessert sauce range which offers a different flavour to the current sweet selection.

It was also keen to identify a flavour currently trending within the food industry.

Sicilian lemon flavour has been moving to centre stage, with many appreciating its quality and particular flavour.

Provenance continues to be a key trend in the market and with eight out of 10 UK shoppers wanting to know where their food comes from, so using Sicilian lemons in a new product adds an enticing provenance to the product.

According to Future Market Insights, the European citrus flavour market was worth around €2,410million in 2015 and the potential for growth in this product looks favourable.

The new topping brings a sharp and indulgent flavour which complements a variety of sweet dishes.

So when life gives you lemons, make sure they’re Sicilian.