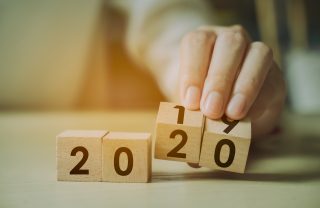 This month we are looking back at the top things that stood out to us in 2019 (if you need a tune to play in the background whilst reading then Mike & The Mechanics is the one we have had in our minds as soon as we thought about looking back, over our shoulders at 2019).

Breakfast has always been known as the most important meal of the day, but one that we have not always made time for.  Breakfast pots have not only tapped into the morning protein gap but have also expanded this market – one of the more recent launches by Fuel 10K is an instant oat muffin pot.

In days gone by if you had not made it to McDonalds by 10.30am breakfast was not on the menu, their trial earlier this year to 11am was a success with the longer day-part now rolled out. In addition to this, we saw some restaurants opening their doors earlier in the day to offer breakfast/brunch options, such as Byron who are trialling a Thursday to Sunday brunch menu.

Technology continues to evolve, providing companies and consumers with more ways to interact with each other.  However, we know that society is starting to be concerned over the lack of social interaction that mobile phones are providing.  Frankie & Benny’s was the first restaurant to trial a ban to improve family mealtimes and encourage social interaction, and earlier this year Samuel Smith’s pub chain – which has over 300 outlets – did the same.

According to a survey conducted by the Vegan Society, veganism is now one of Britain’s fastest growing lifestyle movements, tempting even meat-lovers to trial meatless cuisines.  So, it is no wonder that there has been a marked increase in vegan claims on menus which ensures that those looking for vegan can easily find what they are looking for.

It is hard to believe that it was only earlier this year when Greggs launched its vegan sausage roll, its fastest selling new product was also the one that caused a huge debate on social media:  can it be called a “sausage roll” if it has no (meat) sausage in it?

The debate as to what to call things is not something that was sorted in 2019.  Continuing to call products with no or reduced meat their “original” names makes it more obvious to consumers what they are, however on the flip side it also means that you can inadvertently choose a burger or sausage to find it does not contain meat.

Many retailers have launched brands to help consumers easily identify their plant-based ranges – one of the most extensive we saw during 2019 was Marks & Spencer’s Plant Kitchen Range, even their Little Shop Collectables promotion for kids this summer included Plant Kitchen Range.

The most recent launch announcement which will make many people happy is McDonald’s fully vegan meal.  Prompted by an 80% uplift in customers ordering vegetarian options, their veggie dippers will go on sale from 2 January across UK & Ireland.

In line with this enduring trend, this year saw the launch of Macphie Plant-based Glaze in October – ideal for adding shine and long-lasting finish to both sweet and savoury products such as sausage rolls.  In addition, Plant-based White Sauce and Plant-based Cheese Sauce were launched in November to enable operators to easily make existing dishes such as burritos and pizzas vegan friendly using these new vegan-certified sauces.

The one thing that has dominated the news across every industry in 2019 was Brexit.  There is still no concrete answer as to the impact Brexit will have on the availability of ingredients, the price of goods, or movement of people.  Although the new Conservative-led government has promised to “get Brexit done”.

It will certainly be interesting to see where we are this time next year, or indeed next month.

The number of brands that are available to order from is increasing and the geographic coverage the delivery companies can offer is constantly increasing.

This year, in selected areas consumers can now even get their coffee fix delivered from Starbucks using UberEats.

Just Eat, traditionally more focused on independents, has seen the largest number of brands added to its platform in 2019, serving 36% of bigger brands in 2019 after securing deals with KFC, Burger King and Wagamama1.

Sustainability was on the agenda for many companies and people well before 2001 when The Blue Planet documentary first aired.  With Greta Thunberg named Time magazine’s Person of the Year for 2019, it shows just how far sustainability has moved.

A leading concern for coffee shops is the use of disposable coffee cups and the impact this has on the environment.  Many have taken the opportunity to produce branded re-usable coffee cups as well as offering consumers a discount when using them, helping to change consumer behaviour.

Restaurant group Mitchells & Butlers added around 200 electric car charging points at its pubs and restaurants, through partnership with BP Chargemaster in recognition of the growing use of electric cars.

The 5p charge for plastic bags was implemented a few years ago now, but retailers continue to work on the plastic packaging for food.  Often seen as a waste, plastic packaging helps to protect food from spoiling.  Fuelled by consumer opinion many retailers have been working to reduce their use of plastic as well as helping their customers to reuse and recycle too. Tesco recently announced plans to replace its plastic bakery bags with paper.

The younger generations are more likely to be in the gym on a Friday night than in the pub.  Awareness of alcohol consumption has continued to increase which has raised the bar on the no and low alcohol launches – with sales of those having almost doubled in the past 12 months.

Mocktails are particularly driving the growth in the alcohol-free category, which is deemed as “boring” according to a recent survey by CGA.  In 2019 it is estimated that one in five Britons took part in Dry January. 1

Health & wellness has been a popular area for consumers this year with gut health being a key area where there has been innovation.  With most bread eaters knowing that bread is a good source of fibre (which is good for gut health) it is no wonder that bakers and bread manufacturers are looking at enhancing their offerings.

There have been a number of launches with added fibre including Roberts who launched three different varieties of digestion boost loaves and Soreen with its added Seeds & More loaf.

Fermented foods aid digestion, and sourdough has become one of the most common fermented foods. Macphie Sourdough Mix can be used for breads, loaves and rolls as well as pizza bases.  Beyond the bakery aisle, Kombucha Tea has become an increasingly popular sight in the soft drinks aisle as well as kefir in the yogurt aisle.

It has been another interesting year and we are looking forward to 2020 where we see consumer choice continuing to be one of the most dominant driving themes across foodservice whether it be in delivery, free-from, kids menus or sustainability.

Subscribe to our enews to keep up to date throughout the year with all the latest trends and news, just click the link below.