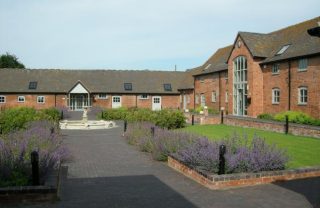 Macphie has opened the doors of its new Midlands Centre of Excellence in Warwickshire.

The centre gives the Aberdeenshire-based food ingredient manufacturer a base in England near the majority of its customers.

Commercial director Richard Cox said, “We’re delighted with the results of this project, as having such a professional facility in such a central location is going to be a real bonus for the company.

“It is a significant investment for us which gives us a modern, informal backdrop to showcase the innovation our products bring to a menu.

“The ability to work on new concepts supporting menu and retail innovation will allow us to develop true partnerships with our key customers.”

Originally refurbished in 2008, the centre is on land owned by the Berkswell Trust and is actually on the site of the previous stables.

The centre opened in September, and has already welcomed its first visitors.

It boasts a theatre kitchen, where customers can talk through products in application with the development chef, before the finished dishes appear on the presentation counter.

There is also a production kitchen, as well as meeting room facilities in the building.